Home » Technology » Robotics in Major Sectors of The Economy

Robotics in Major Sectors of The Economy

To begin this, we first need to understand what a robot is. A robot is a programmable piece of equipment that physically interacts with the world around it. Robots are capable of carrying out complex tasks allocated to them autonomously or semi-autonomously.This translates to robots being the go-to option for any repetitive task in a manufacturing environment.

In a developed economy, a robot can be applied in any sector, including manufacturing, food processing, military, to name but a few. All these robots utilized in large scale operations are known as commercial robots.  The exceptional service that is rendered by these Universal robots over conventional ways is sure to boost investment. 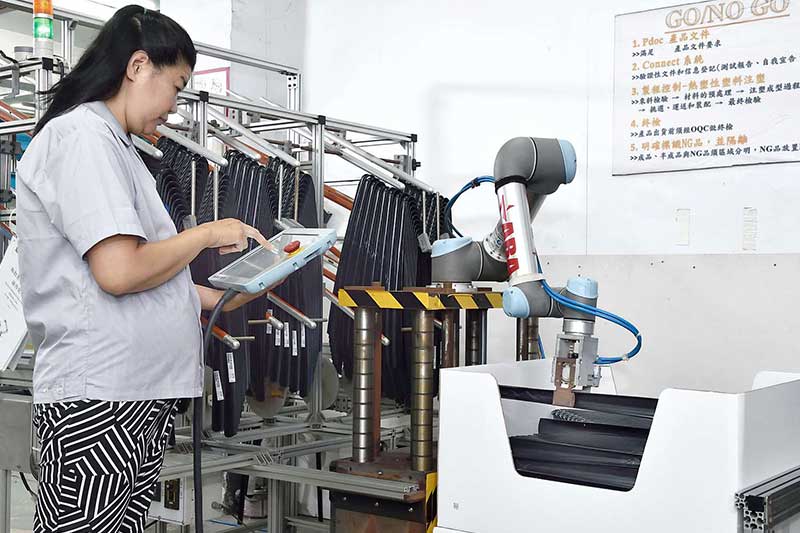 These robots are not cheap, either, which means that all individuals who want to use commercial robots in their industries have to make an informed decision on which robot is most appropriate. This review will take a look at the areas in the business world that utilize these robots in detail.

Utilization of Robots in These Sectors

The majority of the players in the agriculture industry strive for high yields at relatively low prices. Enter robots into this problem, and you have a solution. Robots are used for functions such as harvesting using laser-guided GPS, spraying produce, and pruning.

Sensor technology is also used to identify unhealthy crops or spot pests. Robots are also used for packing products in establishments such as horticulture farms that require precision in packing their produce.

We are used to being prepared for meals and served by humans. Imagine if all these functions can be carried out by robots whereby, they cook and deliver your order to the table personally.

It is a reality in developed countries like China, where some restaurants do not have any manual operator on site. These robots send recipes on your smartphone so that you can select what you want them to prepare for you, and after eating, they will even clear the tables.

Due to massive technological advancements, businesses are now utilizing commercial robots for functions such as marketing their goods or services to existing or potential clientele.

Technology giants are developing robots that can illustrate ingenuity as well as creating a sense of progress. In the marketing world, you will find robots being used as interactive components to get the attention of people, for instance, in trade shows.

Military factions worldwide have adopted the use of robots for the better, and this is used to avoid unnecessary human casualties in the field. Whereby unmanned drones are deployed, and they can carry out surveillance, and attack an enemy target from above.

Robots will also be used for loading or unloading military vessels such as submarines and aircraft with heavy equipment, and this eases on fatigue for the military personnel.

Commercial robots are also used to entertain audiences, and it is dreaded that artificial intelligence will take over significant functions in this industry, replacing manual operators. Also, some companies are creating emotionally intelligent robots for use in amusement parks, among other areas.
Robots are also being used in music concerts and shows. For instance, Disney, one of the largest entertainment corporations in the world, is using autonomous robots to entertain crowds in its parks all over the world.

This is one of the most robot reliant industries in the world. The commercial robots in these industries are referred to as manufacturing robots. They are involved in a variety of functions such as pick and place, sorting, assembly, maintenance, and plenty more besides.

With electrical motors in these robots having decent strength-to-weight ratio, robots can be used in operations that are otherwise strenuous to manual operators or even a health hazard to them.

To sum it all up, robots have become a game-changer in the economy. The use of robots is not limited to any sectortherefore, it is crucial for sectors that are not automated to follow suit. This is because robots could become critical for almost all operations soon.