Xiaomi brand is known worldwide. It is one such mobile phone manufacturing company which has seen several developments in the last few years. This brand has become the most trusted and reliable one in almost all countries now. This is because of their product deliverance and quality of the features. Every smartphone comes with a usage capacity of at least 3 years by which time there will be several more smartphones with brand new features. Their premium set Redmi 6A is another addition to their most successful product that has been released in recent years. It is a budget phone that attracts more customers who are seeking a low budget phone. It is also a successor to the Redmi 5A which was in itself an extremely popular model. When it comes to overtaking the previous phones, it is very difficult and Redmi does it extensively well. This is because these smartphones come with a MediaTek Processor after many breaks from its use. 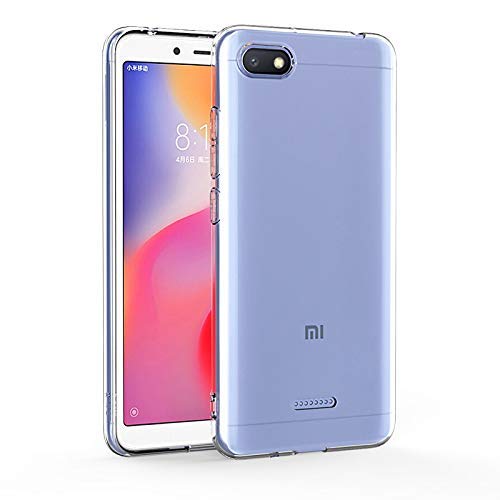 Full review of its features:

Let us now look at the overview of the Redmi 6A, the most anticipated phone after its predecessor’s success.

This phone has got many numbers of improvements as compared to the previous one.
Upgrading to this mobile will only give new specifications with more options inbuilt on the device.
The most amazing aspect of this phone is the weight, which is only 146 grams and it feels very light while using even with a back cover as it is built with plastic with a Metallic Matte finish.
The device has a 5.45 inch of IPS LCD Capacitive touchscreen display.
The memory is either 16 GB or 32 GB with 2 GB of RAM.
It also contains a non-removable 3000 mAh Li-Polymer battery.
There is also this Quad-core 2.0 GHz Cortex-A53 - MediatekHelio A22 processor which is impressive as compared to the previous models released. It is also said that this processor is being delivered after a very long gap in the Xiaomi phones.

The camera is what makes the mobile to a new high. Most people prefer this brand for its overall performance which mainly includes the camera. The company also promises to provide the best camera that would give out bright, sharp, and powerful images when taken in natural light and also the low light conditions. This also comes with HDR options which can be rarely seen in this budget smartphone. Apart from an online purchase, Sangeetha Mobile outlet is having the stock of the phone and is selling for Rs. 5829. To conclude, at this price range, a user cannot find any other branded phone with these attractive features and advanced performance.