Home » Technology » How To Get Best Wireless Router

How To Get Best Wireless Router 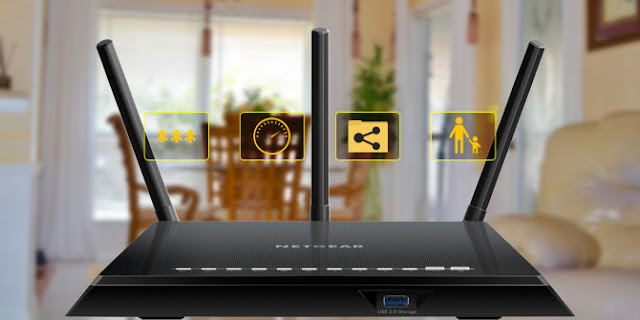 The internet should be the next necessity for each human; it's because these days, it is continuously growing in the world like wildfire. Along with the personal hotspots and SIM card enabled internet, WiFi is the most significant and prominent way to access the internet.

But because our world is slowly becoming truly wireless, that’s why the wireless router is something that you need at home for convenient access to the internet. Below, you’ll find some of the key points that you shouldn’t ignore while buying or choosing a wireless router for a better internet accessing experience.

The old  used to be 802.11b standard wireless routers, but because this is the era of fast internet speed, that's why you need something latest and fast. Therefore, you shouldn't pick a WiFi router with 802.11b standard; instead, you should always look for a router that comes with the 802.11ac standard. 802.11ac standard is the latest one that uses modern technology to provide a faster internet connection. Surprisingly, the new WiFi standard can provide gigabytes of speed, which is way too faster than the old standards 600mbps speed.

Keep An Eye On Speed Specification:

Because it is all about getting the highest possible speed to your chosen or purchased the router, that's why you should not ignore the speed specification before making the final purchase decision. If you are looking for a wireless router for quite some time, you may know that manufacturers usually highlight the first speed. The speed specification of the router can vary from 100 Mbps to gigabytes of speed. And it always depends upon what type of router you are willing to buy; cheaper ones always come with low speed.

While choosing a wireless router, you should look for one that has ethernet and broadband connectivity. If any router lacks any of these connectivities, you should skip that option and look for something with both of these features. It would always be great for you if a WiFi router features USB connectivity; in this way, you can build a personal video streaming hub or data-sharing hub. And before going forward and buying a wireless router, you should first check whether that router supports your ISP's connection or not.

Primarily, there are two different types of bands present in the WiFi router, the first one is the 2.8 GHz band, and the second one is the 5.0 GHz band. Undoubtedly, the 5.0 GHz band is more reliable and faster than the 2.8 GHz band, but many manufacturers offer both bands in a single WiFi router. However, this type of wireless routers would cost you way higher than the standard one. If you can afford this type of wireless routers, then definitely these options can serve impressively well.

One other feature that usually many buyers ignore, which is the MU-MIMO, this stands for multi-user, multi-input, multi-output technology. A router with this technology can serve faster internet speed; even multiple users are connected simultaneously