Home » Apps » Mobile Phone » software » Does Everyone Know About Native App Development Mistakes And You Don’t?

Does Everyone Know About Native App Development Mistakes And You Don’t?

You know right, app development is at its peak? Well, if yes then you are wrong my friend, the peak is the highest point but for the application development, there is still a higher point to reach. The industry is at the boom and yes not to forget competition and with every passing minute, it's going to rise. This opens a stock of emerging opportunities for the developers to dive in deeper in this industry and make out the most revenue they can. But with emerging opportunities also accompanies emerging threats, threats of your app being eaten by the competition. Well, this can totally happen if you are naive to the native app development mistakes. Intentionally or unintentionally you commit these mistakes which make your app go unnoticed in the app store and you are not able to generate proper ROI on your app development project. 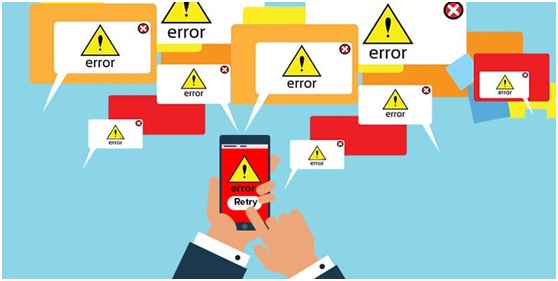 If being indulged in native mobile application development, you are not in the know of these mistakes, fasten your seat belts and don’t move till you know in depth the blunders you are making till date which make your app suffer in the market.

Native app developers sometimes fall for this pitfall where it just crashes of their mind to check compatibility of the app with different devices. This is something to be evaluated right from the development stage. The entire population doesn’t use the similar device, the era is at an outset that one individual uses more than one device itself. Each device differs in resolution and size. As a native app developer, it's by default your duty to check whether the app you have come up with is compatible with various devices or not? Don’t pay heed to this criteria, you lose a plethora of devices, in turn, losing the plethora of users.

2) Integrating Features that are Gibberish

Massive companies intend to enthrall the users with an app that integrates multiple functionalities into a single app. The major agenda of this companies is to get cutting edge corner as compared to that of other competitors. Well, if you are putting intuitive steps as a developer then it’s advisable to snatch your hands back. It’s a high profile job to pull such a multifunctional app and any minor mistake can end up making the app clutter and messy. This is not going to enchant the users in any way instead, it will drive the users away.
Well, such apps will rather confuse the users, focus on coming with an app which resolves one issue but with perfection.

3) Test and Make it Best

You make your app for the ultimate end users and no matter how much perfect it is from the perspective of app builders or technical people, it doesn’t really matter. Developers test the app inhouse only with people who have the same knowledge, experience, and technical skills. Well, all of these is not integrated with your users. Set a beta audience for testing your app who are the real users of the app. Their feedback is extremely valuable and if they suggest any changes or any error, prompt changes must be made accordingly. Not setting the beta audience for app testing is the biggest mistake you can do as a native Android or iPhone app development company. Ignoring their feedback also counts in the same league.

Developers putting intuitive steps in the native app development often falls for the pitfall of not installing bug tracker in the app. Coding crisis is not something out of the box in the app development process but being negligent to its fixing is not something that is expected from a developer. The developer should install a separate dashboard which is specifically for the troubleshooting, bug fixes and troubles in coding and app functionality. Conclusive part is that developers should not be negligent and install bug tracking tool that is helpful in tracking and resolving user’s issues.
Kanhasoft is the top-notch iOS and Android App Development Company in India and USA. Our highly skilled mobile developers ensure bug-free and attractive application development to offshore clients. Visit our site Kanhasoft.com to know more.