DevOps has been creating a buzz in the IT industryfora long time. But what is DevOps?Even though there is disagreement on whether it is a philosophy, movement or framework, the good news is that DevOps is not half as complicated as it appears to be. 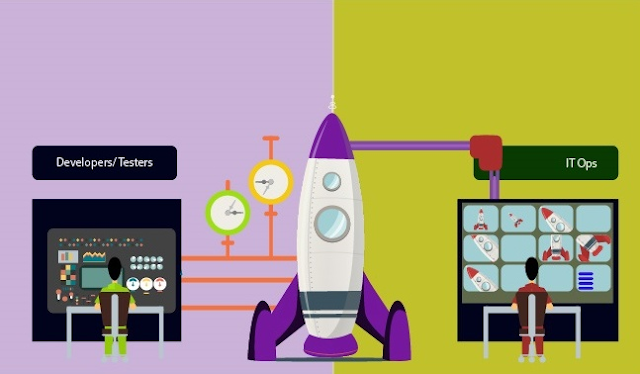 It has strong affinities with Agile and Lean approaches, which have been around for quite a long time. In the simplest terms, DevOps refers to the mergingofpeople and processes involved in development and operations into one single unit, such that the engineers work across the entire lifecycle of an application. It aims at increasing the speedof a team by enabling developers to independently accomplish a task that normally would have required assistance from other teams.

The benefits that a DevOps model brings with it are what set it apart. To begin with, it providesspeed during development stages and enables rapid delivery, increasing the frequency of code releases. This is favorablebecause the sooner thebugs fixes or new features are rolled out, the higher the customer satisfaction.DevOps gives rise to improved collaboration and helps in building more effective teams.
The question that follows is obviously this – what are the best practices for DevOps?

DevOps emphasizes direct communication between developers and product owners. It also gives utmost importance to collaboration between all stakeholders involved in software development, deployment, and operations. Implementation ismade possible only when the concerned teams leave their silos and make aneffort as a team. It must be ensured that new titles, positions, or roles in the workplace are not framed, as this defeats the entire purpose of what DevOps is. If, for example, automation becomes the domain of acertain individual or a group of individuals, then it is no longer everyone’s concern. A division in responsibilities is again created.

Continuous Integration (CI), as the name suggests, revolves around continuously integrating changes into the code while ensuring that as the new code is added, tests on previously existing code continue andrespond as expected. This prevents bugs from accumulating.Thisprovides an option to the engineer to revert to an earlier version of error-free, tested code if necessary,during any stage of development, and can be achieved by version control. Every time a change is made to the application, it must be outlined as a new version, so that each modification can be historically traced back throughout the entire development cycle. CI significantly improves software quality and efficiently reduces the time taken to validate and release software updates. It is central to the very idea of what DevOps is –working in small steps with continuous feedback.

DevOps sets the stage for one of the key characteristics of implementations,the release of new features to already existing applications during the course of development, in place of a pre-determined release date. In a way, continuous deployment extends the practice of continuous integration. It enables development units to remarkably reduce the time between a new feature being identified and being deployed into production.

Integrated configuration management introduces the development crew to a broaderfield of operations than the present application they are working on. Developers and system administrators use code to automate operating system and host configuration, operational tasks, etc. making configuration changes repeatable and standardized. They get freedom from manually configuring operating systems, system applications, or server software.In case a change really is needed, change management brings operations into the picture so they can offer input regarding what repercussions (or even opportunities) a change might bring at a broader level.

The most exciting thing about DevOps is that there is essentially no end to the number of best practices. They are discovered as and when DevOps is implemented andapplied to an organization. Every new practice that emerges, fine tunes the one that existed before it. Focus must be on continuous examination and improvisation. New ideas must be welcomed and collaborative discussions must be encouraged. This will lead to higher customer satisfaction and greater profits.

Ashwin Patil is a passionate content marketer who writes on technology, tech trends, tech reviews. Also, I work with people, organizations and the community to deliver solutions which are driven by Big Data, Internet of Things, Machine Learning, and Deep Learning & Artificial Intelligence.